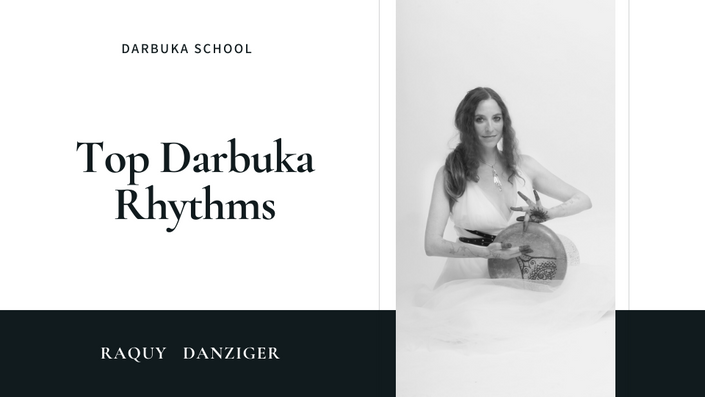 The top 20 rhythms every darbuka player should know.

The coupon code you entered is expired or invalid, but the course is still available!

She has chosen the rhythms that represent most of the Middle Eastern standard repertoire.

These patterns use only the basic hits and can be played by drummers using either Arabic technique or Split Hand Technique.

- Review of the basic hits needed to play these rhythms 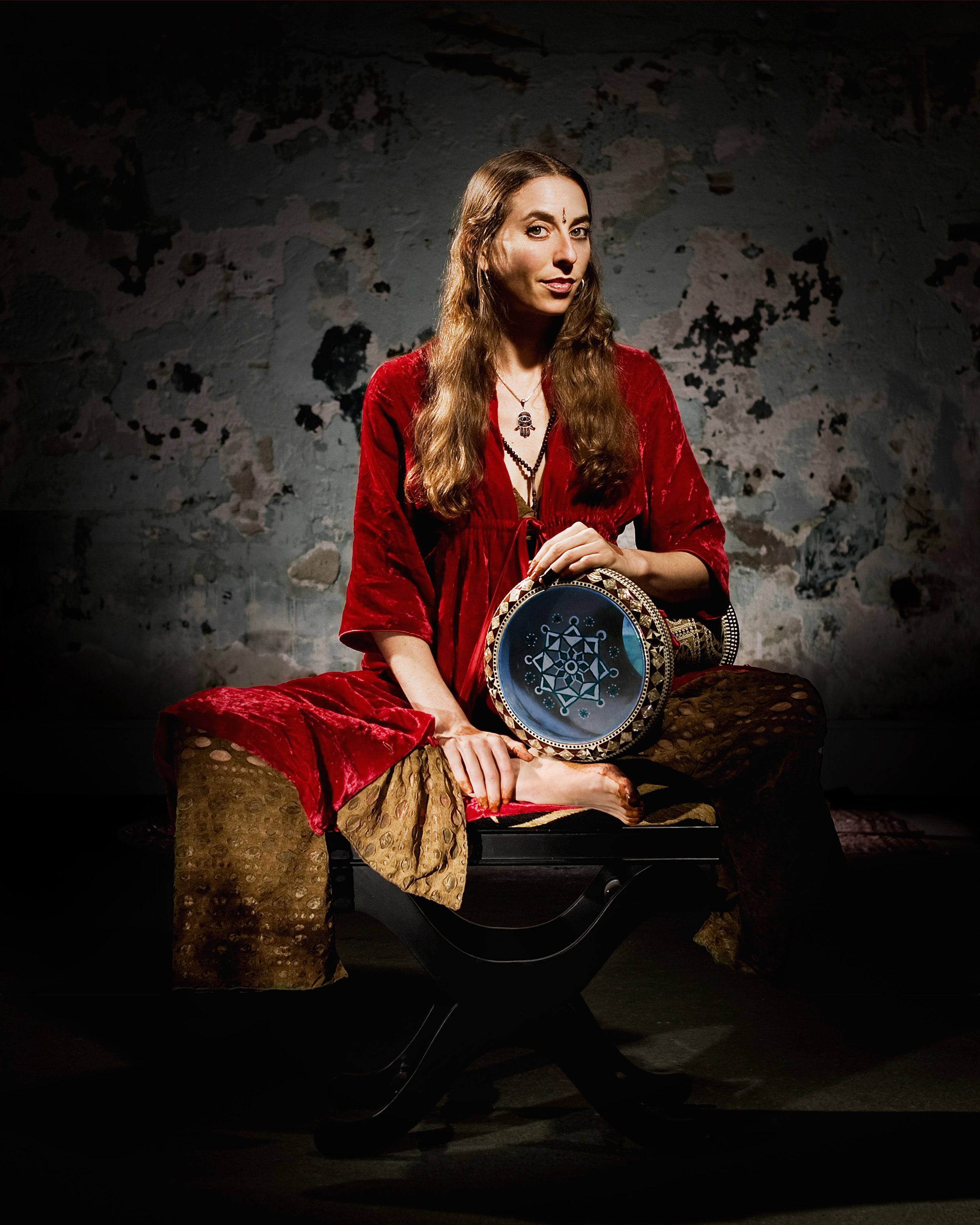 Raquy Danziger
Raquy Danziger is a celebrated performer, teacher and composer known for her expertise on the darbuka*, the Middle-Eastern goblet drum. Raquy has performed and taught around the globe from the great concert halls of Egypt to remote towns in Siberia, spreading love and excitement for darbuka drumming. Her unique and systematic approach has helped elevate this ancient drum to be a shining solo instrument fit for a concert hall.
Raquy specializes in the split hand technique, which is a fast and elaborate drumming style. She also plays the mystical twelve- string King Kemenche Tarhu, a rare and exotic bowed instrument,
Raquy has performed in Egypt as a soloist with The Egyptian "King of Tabla" - Said El Artist, and his drumming orchestra in the great concert halls of Egypt. She has appeared at Lincoln Center, at CRR concert hall in Istanbul, and in many festivals. In 2005, she was the recipient of the Meet the Composer grant. Raquy has appeared on Good Morning Egypt, Leila Kebira, O TV, the Culture Channel, Turkish Television, Arabs Got Talent, and has been interviewed on Al Gezira.
Raquy's infectious enthusiasm for Middle Eastern music has gotten her invitations to teach all over the globe. Besides teaching at her Istanbul school, The Darbuka Ofis , she offers drumming immersions, university master classes and workshops.
Raquy has invented a unique notation system for the darbuka that many people are using today. She has produced five instructional methods, and now all of her teachings are available through her Online Darbuka School. She has created her own line of custom-designed drums that are available through her online store - The Raquy Drum Store.
Raquy has composed over 50 melodic compositions as well as countless drumming pieces which can be head in her concerts and in her 13 albums.
Raquy is proud to be an active disciple of:
Bünyamin Olguncan - Darbuka

She has created 5 darbuka instructional methods:

When does the course start and finish?
The course starts now and never ends! It is a completely self-paced online course - you decide when you start and when you finish.
How long do I have access to the course?
How does lifetime access sound? After enrolling, you have unlimited access to this course for as long as you like - across any and all devices you own.
What if I am unhappy with the course?
We would never want you to be unhappy! If you are unsatisfied with your purchase, contact us in the first 30 days and we will give you a full refund.
off original price!

The coupon code you entered is expired or invalid, but the course is still available!

Congratulations for finishing this course!

If you enjoyed this, you will absolutely love the unlimited access membership, where you get unlimited access to all the courses in the school as well as the latest material that is added every week!

As a gift to you for finishing this course, here is a 20% discount off of the unlimited access membership! Use the code congrats at check-out.

If you have any subject you would like to learn, please let us know!We’d love to hear from you!